[NEW] @savannahlathem Song & Role in Lionsgate’s 'Hell On The Border'

Actress/Singer/Songwriter SAVANNAH LATHEM has a Feature Song and Role in Lionsgate’s film Hell On The Border,

A True Story about the First Black U.S. Marshal

(Los Angeles, CA) – Savannah Lathem is on her way to stardom with a featured song and a role in Liongate’s film Hell On The Border starring David Gyasi (Maleficent: Mistress of Evil), Ron Perlman (Hand of God) and Frank Grillo (Captain America film series), a film about the first Black Deputy U.S. Marshal in the Wild West. The epic, action-packed Western, Biopic film Hell On The Border premiers December 13, 2019 in select theaters.

Savannah is a young actress, singer, songwriter and classical pianist. After she was booked in a small role in Hell On The Border, written and directed by Wes Miller. Savannah was asked by the producer, Curtis Nichouls, to write a song for the movie after he learned she was a singer-songwriter. She wrote Gonna Make A Change based on the script and rough cut Curtis sent her of Hell On The Border that she fell in love with. Savannah delivered a R&B and Pop song with her soulfully, rich, and strong voice that is unique to only her. The song is available on all major streaming sites, iTunes, Spotify, Google Play, Amazon Music, Deezer, iHeartRadio. 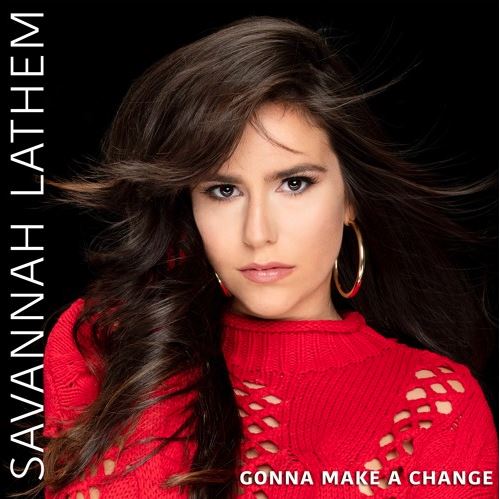 About Hell On The Border

This epic, action-packed Western tells the incredible true story of Bass Reeves (David Gyasi), the first Black U.S. Marshal in the Wild West. Having escaped from slavery after the Civil War, he arrives in Arkansas seeking a job with the law. To prove himself, he must hunt down a deadly outlaw (Frank Grillo) with the help of a grizzled journeyman (Ron Pearlman). As he chases the criminal deeper into the Cherokee Nation, Reeves must not only dodge bullets, but severe discrimination in hopes of earning his star – and cement his place as a cowboy legend.

Hell On The Border Trailer

This Birmingham, Alabama native has already accumulated an impressive list of film and television credits, including TNT’s Major Crimes, Disney XD’s Gamer’s Guide To Pretty Much Everything, Awesomeness Guidance and the series JOY airing in France and Africa. She won Best Actress in a Feature Film Supporting role, California Solo, alongside Robert Carlyle, as well as Best Lead Actress in an Independent film, The Guest House.

She has had several Independent films at International Film Festivals including Sundance Film Festival that have received awards and distribution. As a music artist and classical pianist, Savannah has written over thirty songs she plans to record. Her Originals consist of: Adult Contemporary R& B, Contemporary R& B, Jazz, Crossover Jazz, Neo Soul, R& B, Soul and Vocal Jazz Genre. For more information visit: